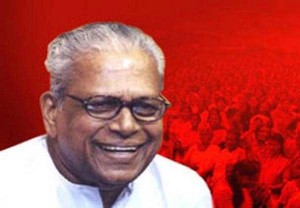 He is conducting resistance for saritha case? What for?? Who lost money because of this?? The people who lost the money was cheaters or mafias

Did he ever conducted a resistance about the pollution in kerala?? Pollution in Kerala is too bad so that next generation of our citizens may not be able to live in kerala. Can not drink water. But he is silent. He is getting tax payers money as salary to look after all these? But He is more interested to attack people personally

Did he do any thing about kerala people’s fate of drinking toilet water??.

Kerala people is such a situation that they have to drink sewages. Why there is not even one sewage treatment plant in kerala

It is another shame to kerala. The workers of the kerala electricity board is only interested to get salary without working.

Did he ever conducted a strike for better electricity for kerala??

Did he ever conducted a strike for better education for kerala kids??

Did he ver asked keral people to work?? instead of striking??

He is a shame to Kerala